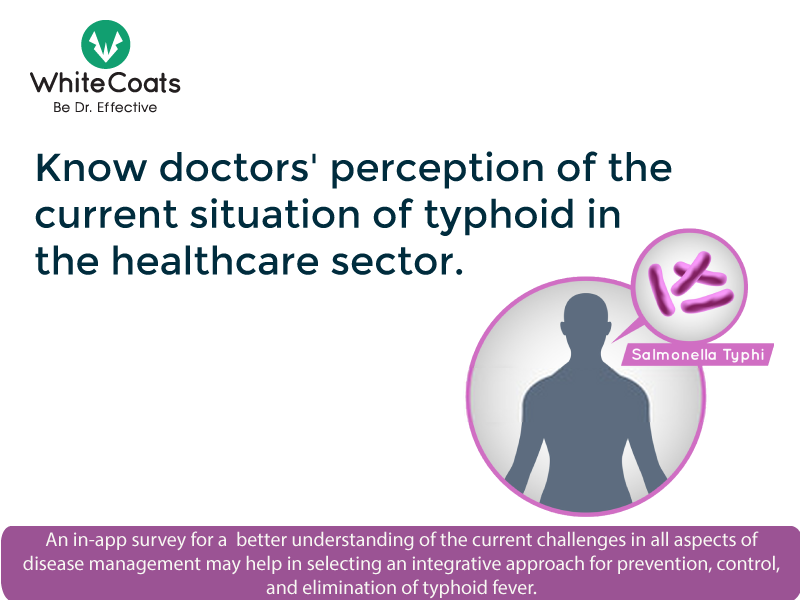 Typhoid or enteric fever is a common and serious disease that mostly affects children and adolescents in developing countries. According to the most recent global estimates, 11 to 21 million cases of typhoid and 1,28,000 to 1,61,000 typhoid-related deaths are reported annually.

We are conducting this survey to determine the doctor?s perception of the management of typhoid in their patients.

Below is the graphical presentation of the survey.

A total of 105 doctors participated in this particular survey, including 83% General practitioners, 11% Obstetrician & Gynaecologist and 6% other specialists.


Our above report, reveals that the majority of the doctors receive very few patients affected with typhoid and re-infection of typhoid. One of the main reasons for re-infection being an incomplete drug regimen.

The doctors have also suggested that by improving access to clean water sanitation, by promoting and developing national standards, the healthcare industry can help in reducing the number of cases of typhoid. This will also help the patients in getting early medical assistance.

This can help the doctors and the healthcare industry play an important role in educating their patients about the seriousness of typhoid and its management. This will help in bringing down the number of typhoid affected patients and giving them proper guidance in treatment.