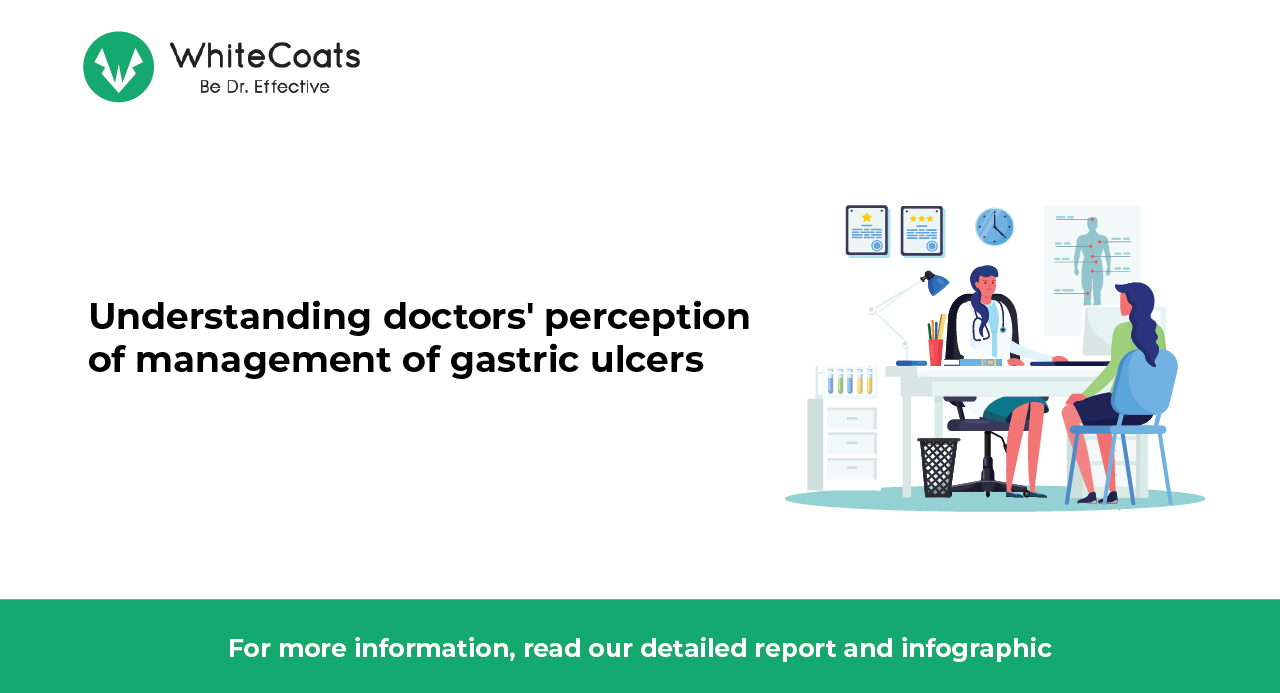 The incidence of peptic ulcers varies worldwide and the complications arising represent a major source of preventable healthcare expenditure. The incidence of uncomplicated peptic ulcer disease (PUD) was approximately one case per 1000 person-years in the general population, and the incidence of ulcer complications was approximately 0.7 cases per 1000 person-years. It is essential to understand the disease and the treatment prescribing pattern to gain a deep insight into this easily preventable disease.

Below is the graphical presentation of the survey.

Note: Click Here for the infographic representation or Update the App

A total of 137 doctors participated in the survey, including 80% general Practitioners,  12% surgeons, 6% Preventive and Social Medicine experts, and 2% others


Our comprehensive survey typically revealed that patients with stress-induced ulcers were frequently encountered. Interestingly, proton pump inhibitors were the most commonly prescribed drugs for gastric ulcers. While they are extremely effective in this condition, long-term administration has indicated significant side effects including fractures. The availability of NSAIDs as OTC inevitably has led to its incessant use in turn leading to an increase in the incidence of peptic ulcers due to it. With the increase in the incidence of this easily avoidable disease, it is burdening the already existing crisis in the healthcare systems. Doctors must sufficiently educate patients regarding the correct use of NSAIDs and other risk factors for peptic ulcers. Gastroscopy was the preferred method to accurately diagnose this and might be to rule out other diseases like GI cancers. The major hurdle in the treatment was the reluctance of patients to make lifestyle changes. This could be changed by not only educating the patients about their disease but also their families.